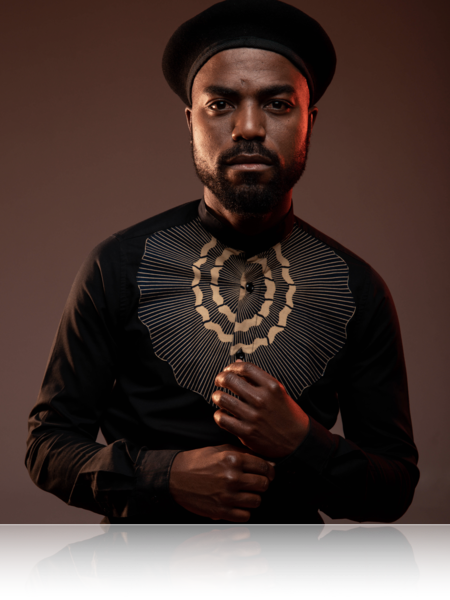 Tebogo Keebine is a typical Kasi boy from humble beginnings, straight out of the lively streets of Tembisa.
‍
The courageous idea to start Tribal Media House was sparked by participating in school plays where he could explore his creativity and artistic talents combined with the many hours that he dedicated to working for his father and uncle's family-run business.
‍
These experiences inspired Tebogo to merge his love for the arts and business to create a one of a kind storytelling business. With over ten years of impressive professional industry experience, Tebogo officially started his journey when he obtained a Bachelor of Arts degree from AFDA in 2011.
‍
He is the Creative Director of Tribal Media House overseeing the strategic direction of the company.
‍
Tebogo is a Cinematographer by trade having filmed some of the most popular reality Television shows - Living the dream with Somizi, Being-Bonang, and most-recently "Kwa MamKhize."
‍
The role of executive producer of the world-renowned and multi-award-winning film, The Hangman (2016), gained him the respect of his peers as more than just a cinematographer.
‍
In 2018 he created the World's first break-up show Seng'khathele, becoming the most watch reality TV show on Mzansi Wethu, garnering attention in Africa and the World.
‍
One of his recent Directing works won the 2nd most loved advert in South Africa by the leading marketing and data company, Kantar for the Tastic My Heritage Campaign with David Tlale (2019)